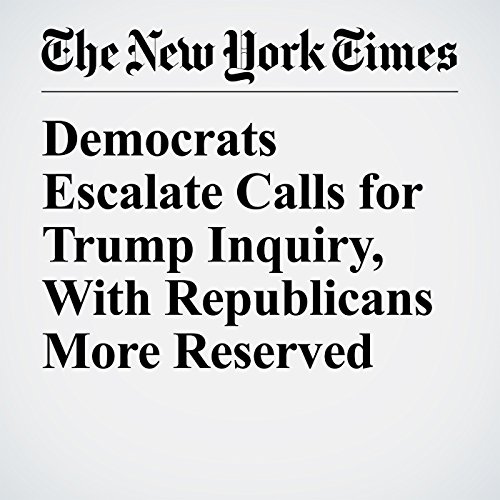 Members of Congress from both parties escalated calls Tuesday for former FBI Director James B. Comey to appear before them after reports that President Donald Trump had asked him to drop an investigation into Michael T. Flynn, the former national security adviser.

"Democrats Escalate Calls for Trump Inquiry, With Republicans More Reserved" is from the May 17, 2017 U.S. section of The New York Times. It was written by Jennifer Steinhauer and Emmarie Huetteman and narrated by Keith Sellon-Wright.