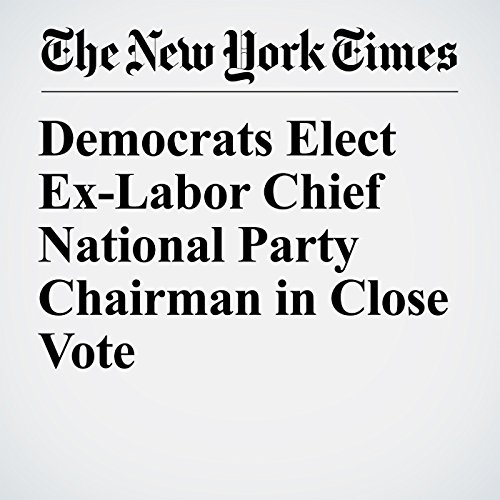 Former Labor Secretary Thomas E. Perez was elected chairman of the Democratic National Committee on Saturday, narrowly defeating Rep. Keith Ellison of Minnesota to take the helm of a still-divided party stunned by President Donald Trump’s victory but hopeful that it can ride the backlash against his presidency to revival.

"Democrats Elect Ex-Labor Chief National Party Chairman in Close Vote" is from the February 25, 2017 U.S. section of The New York Times. It was written by Jonathan Martin and narrated by Keith Sellon-Wright.