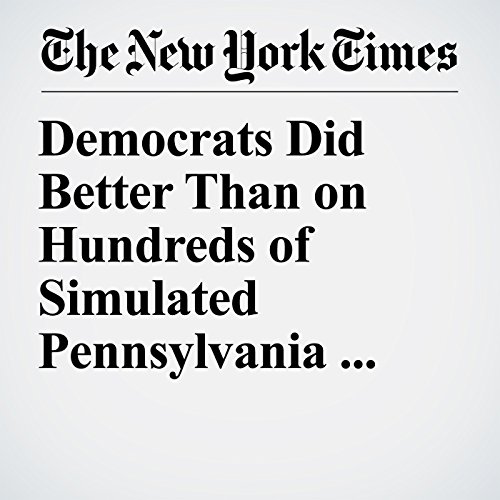 In the view of the majority of the Pennsylvania Supreme Court, “perhaps the most compelling evidence” that Republicans sacrificed traditional redistricting criteria for partisan gain was a political scientist’s simulation of 500 possible congressional maps.

"Democrats Did Better Than on Hundreds of Simulated Pennsylvania Maps" is from the February 26, 2018 U.S. section of The New York Times. It was written by Nate Cohn and narrated by Keith Sellon-Wright.