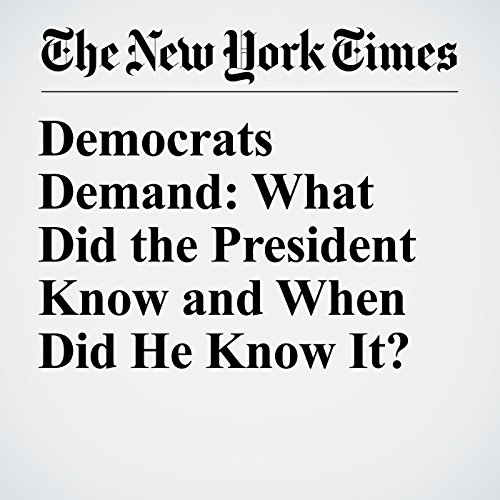 Democrats hold no levers of power in Washington, but they have pulled out their megaphones to demand that Michael T. Flynn’s resignation as national security adviser open the first chapter — not the last — of investigations into contacts between Trump aides and Moscow — during and after Donald Trump’s campaign for president.

"Democrats Demand: What Did the President Know and When Did He Know It?" is from the February 14, 2017 U.S. section of The New York Times. It was written by Jonathan Weisman and Eric Schmitt and narrated by Fleet Cooper.

Cosa pensano gli ascoltatori di Democrats Demand: What Did the President Know and When Did He Know It?