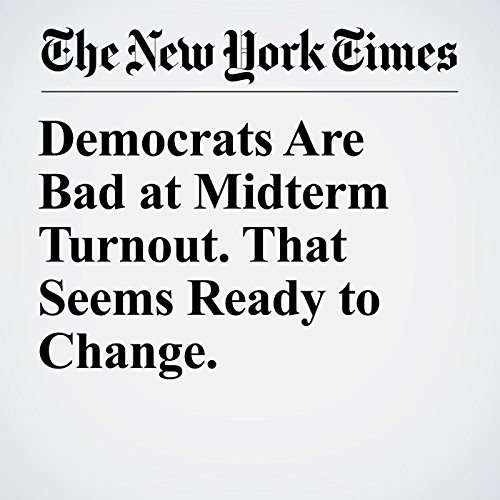 President Donald Trump’s low approval ratings and the palpable enthusiasm of progressives nationwide have Democrats dreaming of a big win in next year’s midterm elections. But to pull that off, they will need to overcome one of their biggest challenges of the last decade: low turnout in off-year contests.

"Democrats Are Bad at Midterm Turnout. That Seems Ready to Change." is from the April 05, 2017 Opinion section of The New York Times. It was written by Nate Cohn and narrated by Fleet Cooper.