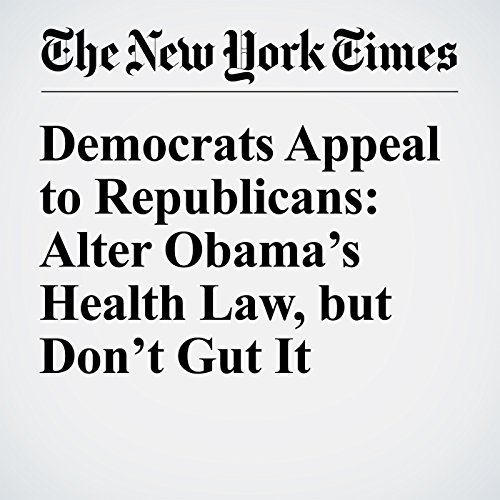 Well before Republicans seized control of Washington, moderate Democrats and Republicans in the Senate had begun exploring ways to change the law, tempering its effects on small business, examining lower-cost insurance options and changing how quickly subsidies to help purchase insurance policies would phase out with rising incomes.

"Democrats Appeal to Republicans: Alter Obama’s Health Law, but Don’t Gut It" is from the January 05, 2017 U.S. section of The New York Times. It was written by Thomas Kaplan and Robert Pear and narrated by Caroline Miller.