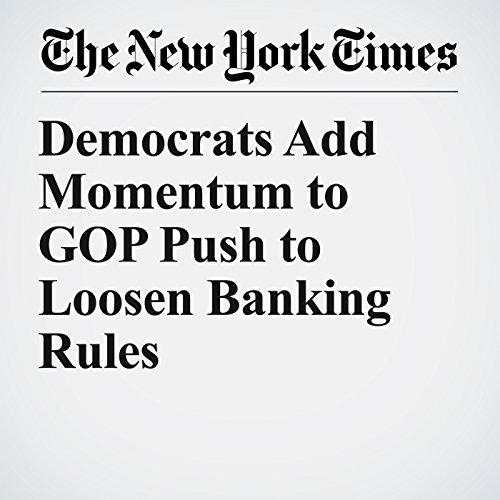 The most significant attempt to loosen rules imposed in the wake of the 2008 financial crisis is underway in Congress as the Senate looks to pass legislation within the next month that would roll back restrictions on swaths of the finance industry.

"Democrats Add Momentum to GOP Push to Loosen Banking Rules" is from the January 15, 2018 Business section of The New York Times. It was written by Alan Rappeport and narrated by Kristi Burns.