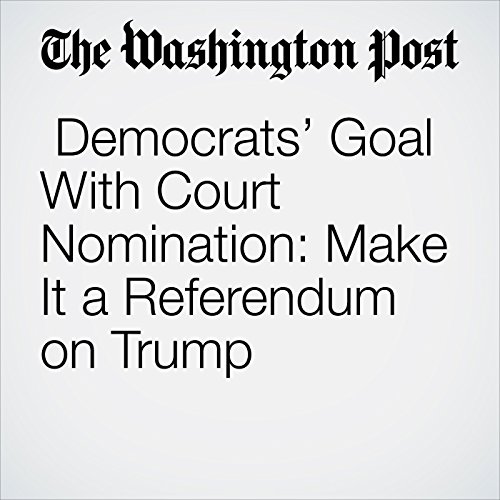 Judge Neil Gorsuch’s nomination to the Supreme Court may hinge on his antagonists’ ability to turn the confirmation into a referendum on his patron, President Trump.

"Democrats’ Goal With Court Nomination: Make It a Referendum on Trump" is from the February 01, 2017 Politics section of The Washington Post. It was written by Paul Kane and narrated by Sam Scholl.