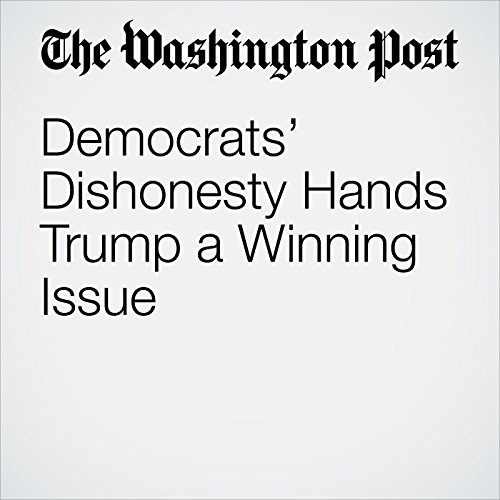 How evil is MS-13? Last year, two gang members in Texas reportedly murdered a teenage girl as an offering to Satan. According to prosecutors, the gang leader (known as “Diabolico”) told the young girl that “the Beast” wanted “a soul” before having his partner shoot her in the head and dump her body on a street corner. As charges were read against the two, the Houston Chronicle reported, they “laughed, smiled and waved for the media cameras.”

MS-13 gang members, police have said, also stabbed a Maryland man more than 100 times before decapitating him and cutting out his heart . . . lured a 34-year-old man to his already dug grave . . . and stoned an 18-year-old boy to death and dumped his body under a bridge."Democrats’ Dishonesty Hands Trump a Winning Issue" is from the June 01, 2018 Opinion section of The Washington Post. It was written by Marc A. Thiessen and narrated by Kristi Burns.