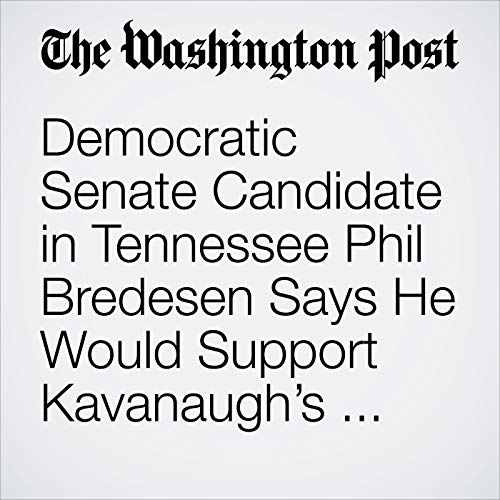 Phil Bredesen, the Democratic candidate in the U.S. Senate race in Tennessee, said Friday that he would support Judge Brett M. Kavanaugh’s nomination for the Supreme Court, after weeks of demurring and being attacked by Republicans over his equivocation.

"Democratic Senate Candidate in Tennessee Phil Bredesen Says He Would Support Kavanaugh’s Confirmation" is from the October 05, 2018 Politics section of The Washington Post. It was written by Michelle Ye Hee Lee and narrated by Jenny Hoops.