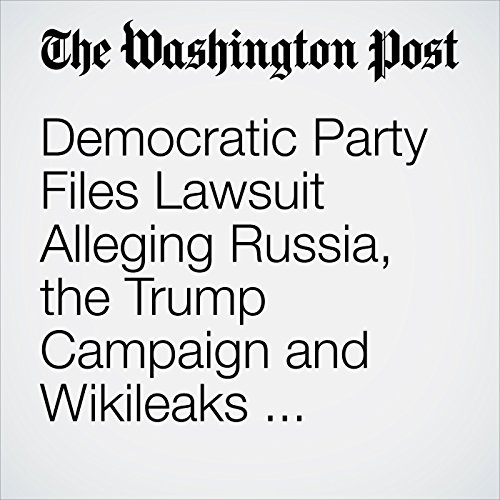 The Democratic National Committee filed a multimillion-dollar lawsuit Friday against the Russian government, the Trump campaign and the WikiLeaks organization alleging a far-reaching conspiracy to disrupt the 2016 campaign and tilt the election to Donald Trump.

"Democratic Party Files Lawsuit Alleging Russia, the Trump Campaign and WikiLeaks Conspired to Disrupt the 2016 Campaign" is from the April 20, 2018 Politics section of The Washington Post. It was written by Tom Hamburger, Rosalind S. Helderman and Ellen Nakashima and narrated by Jenny Hoops.