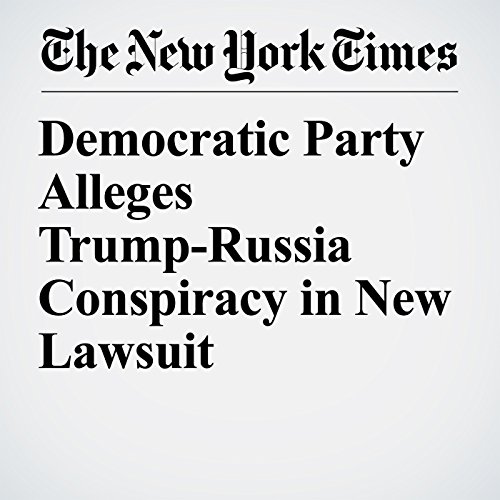 The Democratic National Committee opened a new legal assault on President Donald Trump on Friday by filing a lawsuit in federal court alleging that the organization was the victim of a conspiracy by Russian officials, the Trump campaign and WikiLeaks to damage Hillary Clinton’s presidential run.

"Democratic Party Alleges Trump-Russia Conspiracy in New Lawsuit" is from the April 20, 2018 U.S. section of The New York Times. It was written by Michael D. Shear and narrated by Mike DelGaudio.