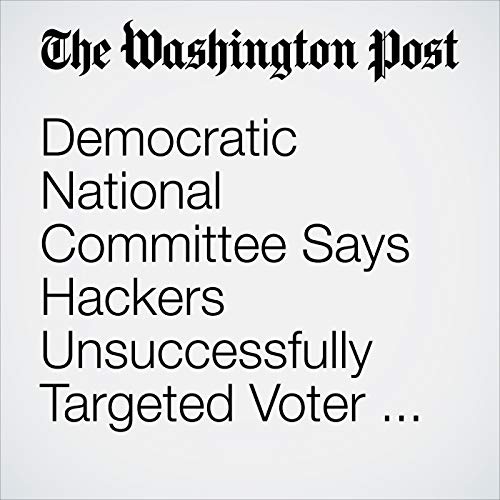 The Democratic National Committee alerted the FBI on Tuesday to an attempted hack of its voter database — two years after Russian spies compromised its computers and released thousands of emails online, throwing the party into disarray in the midst of the presidential election.The latest effort failed and the culprit’s identity is not known, DNC officials said.

"Democratic National Committee Says Hackers Unsuccessfully Targeted Voter Database" is from the August 22, 2018 National section of The Washington Post. It was written by Ellen Nakashima,Craig Timberg and narrated by Sam Scholl.