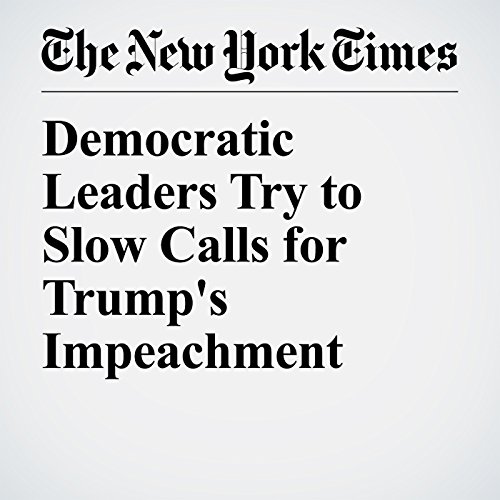 When House Democratic leaders hastily called a news conference Wednesday to demonstrate their outrage at President Donald Trump’s latest dramatics, they took great pains to show they were not seeking to railroad him out of the White House.

"Democratic Leaders Try to Slow Calls for Trump's Impeachment" is from the May 18, 2017 U.S. section of The New York Times. It was written by Jonathan Martin and Alex Burns and narrated by Keith Sellon-Wright.