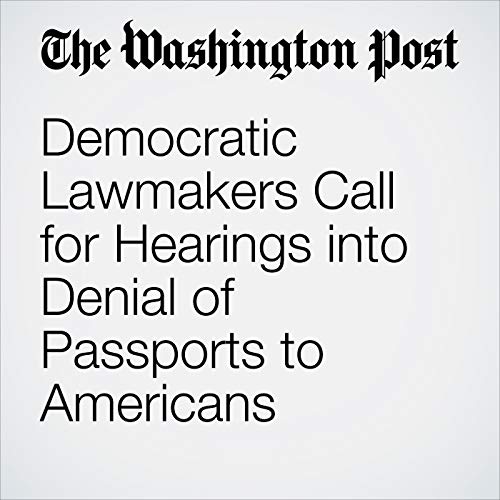 Congressional Democrats on Thursday called for hearings into the government’s policy of denying U.S. passports to ­Hispanic Americans along the U.S.-Mexico border and questioning the citizenship of hundreds, and possibly thousands, of Americans.

"Democratic Lawmakers Call for Hearings into Denial of Passports to Americans" is from the September 01, 2018 World section of The Washington Post. It was written by Kevin Sieff and Gabriel Pogrund and narrated by Sam Scholl.