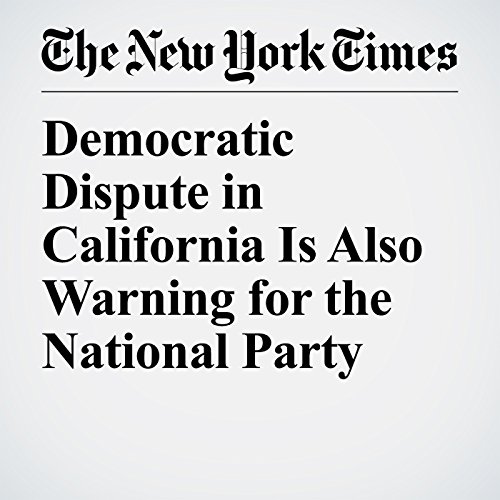 For Democrats across the nation, California has offered a bright if lonely light this year. The party controls every statewide office and commands supermajorities in the Legislature. Gov. Jerry Brown and legislative leaders have become national voices, steering the party as it pushes back against President Donald Trump on issues as varied as the environment and immigration.

"Democratic Dispute in California Is Also Warning for the National Party" is from the August 10, 2017 U.S. section of The New York Times. It was written by Adam Nagourney and narrated by Barbara Benjamin-Creel.