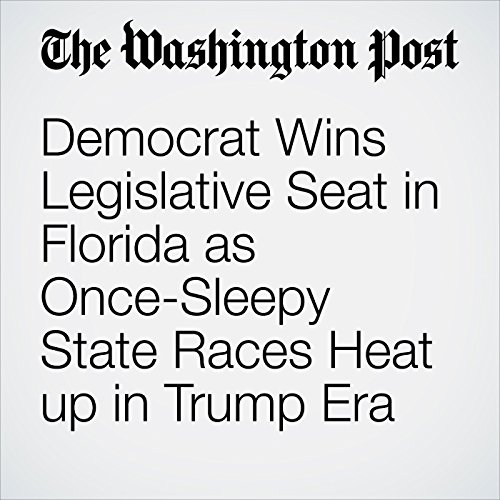 Democrats continued a streak of special election wins with a victory along the Gulf Coast of Florida on Tuesday, the 36th red-to-blue switch in a state legislative race since the 2016 election.

"Democrat Wins Legislative Seat in Florida as Once-Sleepy State Races Heat up in Trump Era" is from the February 13, 2018 Politics section of The Washington Post. It was written by David Weigel and narrated by Sam Scholl.