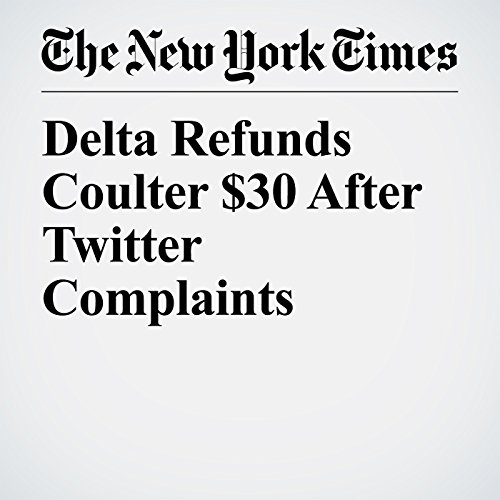 The conservative commentator Ann Coulter unleashed a barrage of criticism about Delta Air Lines on Twitter after she was moved to a different seat on a flight Saturday, prompting the company to publicly return fire and call her comments “unnecessary and unacceptable.”

"Delta Refunds Coulter $30 After Twitter Complaints" is from the July 17, 2017 Business section of The New York Times. It was written by Christopher Mele and narrated by Keith Sellon-Wright.