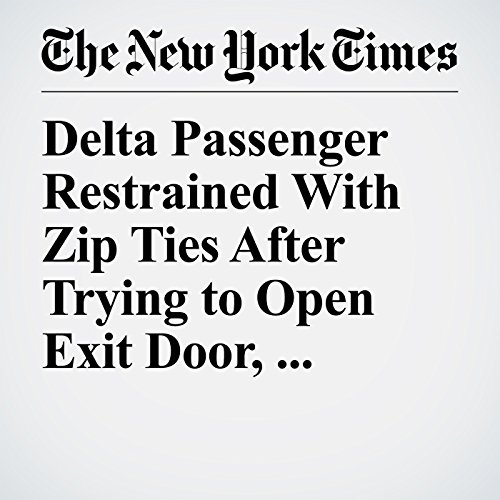 A flight attendant smashed a large bottle of red wine over the head of a passenger Thursday during a struggle to stop the man from opening an exit door, according to a criminal complaint filed Friday.

"Delta Passenger Restrained With Zip Ties After Trying to Open Exit Door, Charges Say" is from the July 08, 2017 U.S. section of The New York Times. It was written by Jacey Fortin and narrated by Kristi Burns.