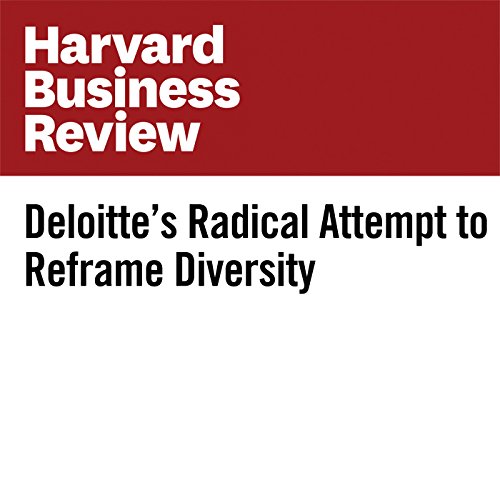 Deloitte has started a major debate in diversity circles by turning its approach upside down. The firm is ending its women’s network and other affinity groups and starting to focus on…men. The central idea: It’ll offer all managers — including the white guys who still dominate leadership — the skills to become more inclusive, then hold them accountable for building more-balanced businesses.

"Deloitte’s Radical Attempt to Reframe Diversity" is from hbr.org, published on August 3, 2017.