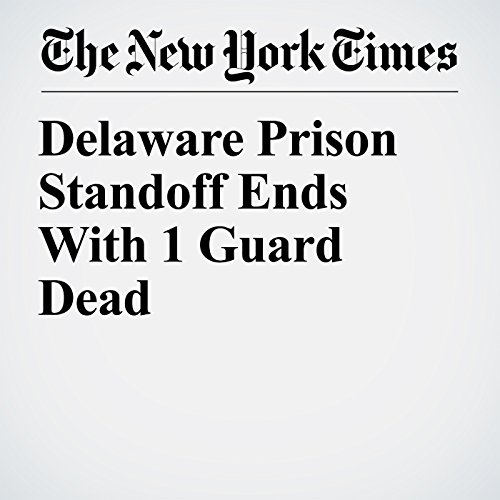 A longtime Delaware corrections officer died during a more than 18-hour standoff with inmates, which ended Thursday morning when authorities stormed a prison building. But officials would not say how the officer died, or why he might have been targeted.

"Delaware Prison Standoff Ends With 1 Guard Dead" is from the February 02, 2017 U.S. section of The New York Times. It was written by Jon Hurdle and narrated by Fleet Cooper.