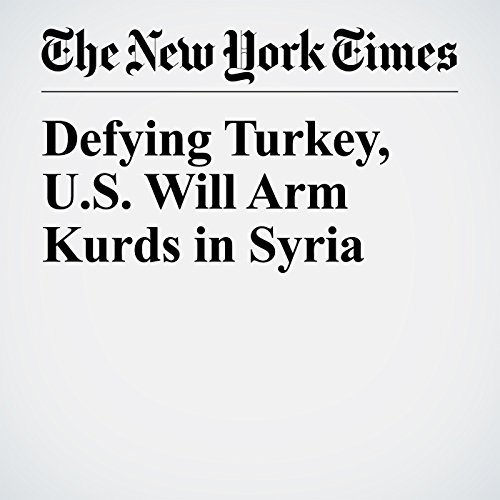 President Donald Trump has approved a plan to arm Syrian Kurds so they can participate in the battle to retake Raqqa from the Islamic State, a strategy that has drawn deep opposition from Turkey, a NATO ally.

"Defying Turkey, U.S. Will Arm Kurds in Syria" is from the May 09, 2017 World section of The New York Times. It was written by Michael R. Gordon and Eric Schmitt and narrated by Kristi Burns.