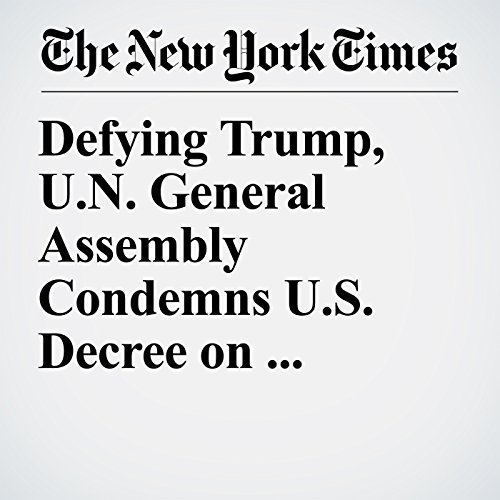 A majority of the world’s nations delivered a stinging rebuke to the United States on Thursday, denouncing its decision to recognize Jerusalem as Israel’s capital and ignoring President Donald Trump’s threats to retaliate by cutting aid to countries voting against it.

"Defying Trump, U.N. General Assembly Condemns U.S. Decree on Jerusalem" is from the December 21, 2017 World section of The New York Times. It was written by Rick Gladstone and Mark Landler and narrated by Keith Sellon-Wright.