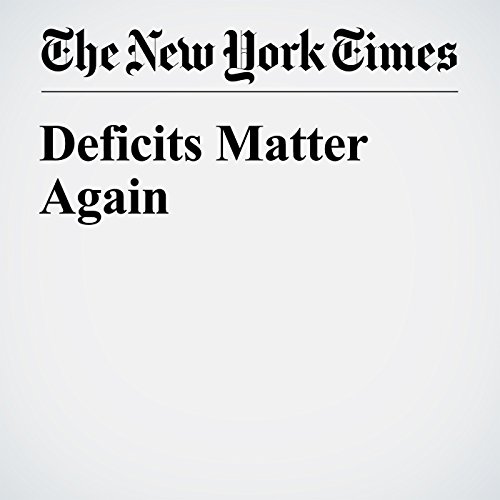 Not long ago prominent Republicans like Paul Ryan, the speaker of the House, liked to warn in apocalyptic terms about the dangers of budget deficits, declaring that a Greek-style crisis was just around the corner. But now, suddenly, those very same politicians are perfectly happy with the prospect of deficits swollen by tax cuts; the budget resolution they’re considering would, according to their own estimates, add $9 trillion in debt over the next decade. Hey, no problem.

"Deficits Matter Again" is from the January 08, 2017 Opinion section of The New York Times. It was written by Paul Krugman and narrated by Kristi Burns.