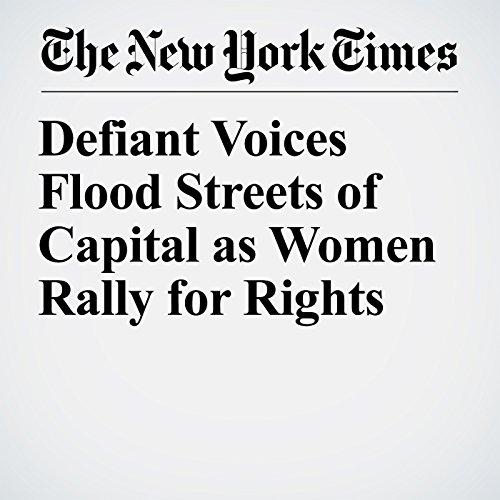 The day after what many had assumed would be the inauguration of the nation’s first female president, hundreds of thousands of women flooded the streets of the capital and cities across the country in organized and at times jubilant rallies against the man who defeated her.

"Defiant Voices Flood Streets of Capital as Women Rally for Rights" is from the January 21, 2017 U.S. section of The New York Times. It was written by Susan Chira and Yamiche Alcindor and narrated by Barbara Benjamin-Creel.