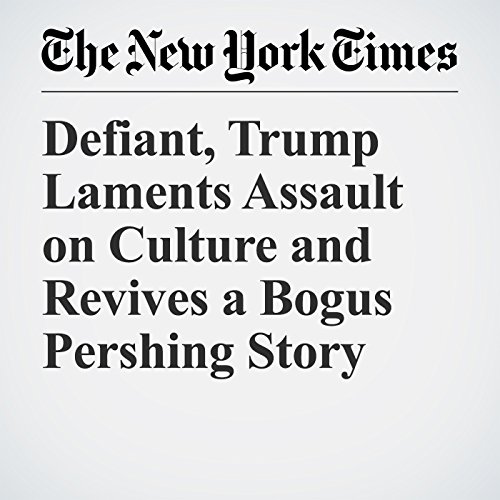 Despite ongoing rebukes over his defense of white supremacists, President Donald Trump defiantly returned to his campaign’s nativist themes on Thursday. He lamented an assault on American “culture,” revived a bogus, century-old story about killing Muslim extremists, and attacked Republicans with a renewed vigor.

"Defiant, Trump Laments Assault on Culture and Revives a Bogus Pershing Story" is from the August 17, 2017 U.S. section of The New York Times. It was written by Michael D. Shear and Maggie Haberman and narrated by Barbara Benjamin-Creel.