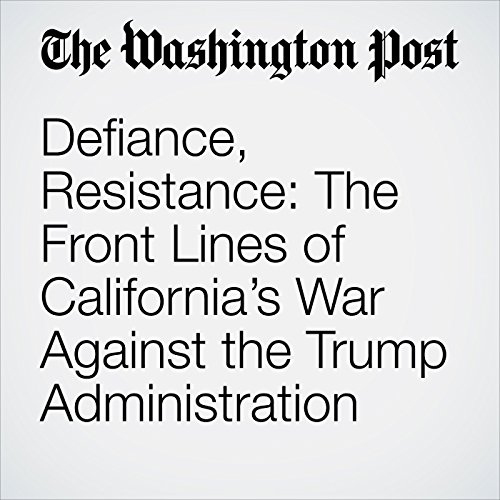 SAN FRANCISCO – In the nerve center of the Trump resistance, some volunteers staff 24-hour hotlines in case immigration agents strike in the middle of the night. Others flood neighborhoods to film arrests and interview witnesses. Local governments are teaming with donors to hire lawyers for those facing expulsion hearings.

"Defiance, Resistance: The Front Lines of California’s War Against the Trump Administration" is from the March 11, 2018 Politics section of The Washington Post. It was written by Maria Sacchetti and narrated by Sam Scholl.