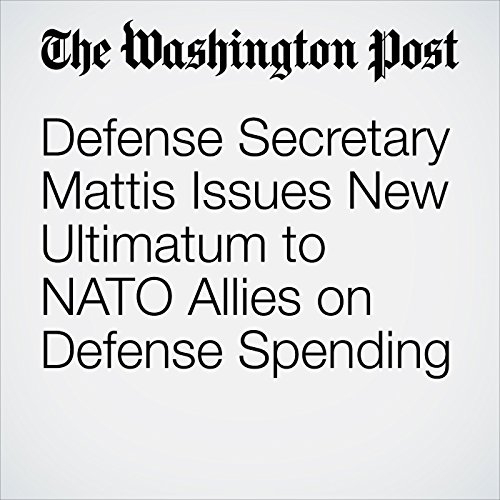 Defense Secretary Jim Mattis issued an ultimatum Wednesday to allies in the North Atlantic Treaty Organization, warning that if they do not boost their defense spending to goals set by the alliance, the United States may alter its relationship with them.

"Defense Secretary Mattis Issues New Ultimatum to NATO Allies on Defense Spending " is from the February 15, 2017 World section of The Washington Post. It was written by Dan Lamothe and Michael Birnbaum and narrated by Sam Scholl.