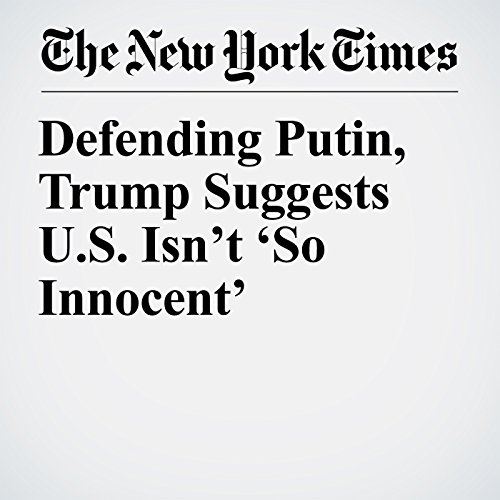 President Donald Trump, asked by an interviewer Saturday whether he respected President Vladimir Putin of Russia even though he is “a killer,” seemed to equate Putin’s transgressions with past actions by the United States.

"Defending Putin, Trump Suggests U.S. Isn’t ‘So Innocent’" is from the February 05, 2017 World section of The New York Times. It was written by Christopher Mele and narrated by Fleet Cooper.