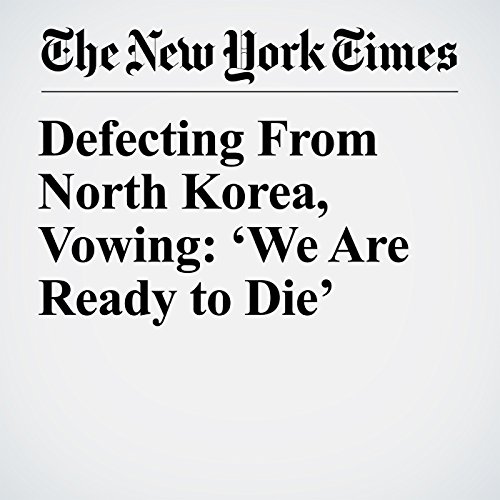 BEIJING — Choi was worried about her sister in North Korea.The last time they spoke, two months earlier, her sister had sounded desperate. She said she had been imprisoned and beaten, and could no longer bear the torment. She said she wanted to flee and join Choi in South Korea.She said she would carry poison, to kill herself if she were captured.

"Defecting From North Korea, Vowing: ‘We Are Ready to Die’" is from the March 25, 2018 World section of The New York Times. It was written by Jane Perlez and Su Hyun Lee and narrated by Kristi Burns.