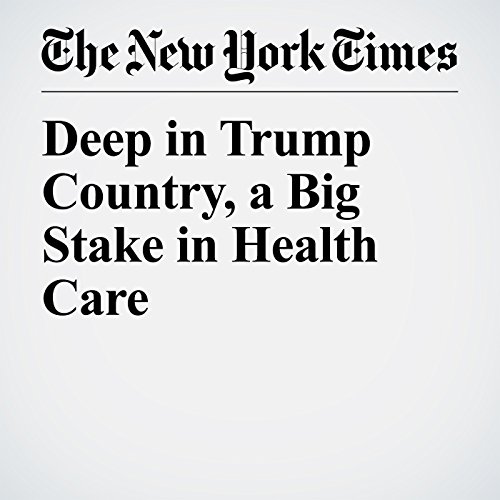 Marjorie Swanson was the first in the family to get a job at Baxter Regional Medical Center after moving to this rural Ozark town from Chicago in 1995. A year later, her husband was hired by the maintenance department. Six months ago, their daughter snagged a job as a pharmacy technician and shares the night shift with her fiancé, who works in housekeeping. Their son started in 2013 repairing medical equipment. He was introduced to his wife by two nurses there, one, who is now his mother-in-law, and Beverly Green, now an aunt through marriage.

"Deep in Trump Country, a Big Stake in Health Care" is from the October 16, 2017 Business section of The New York Times. It was written by Patricia Cohen and narrated by Keith Sellon-Wright.