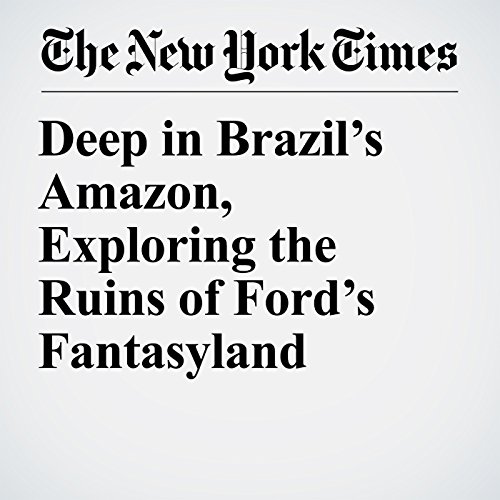 Deep in Brazil’s Amazon, Exploring the Ruins of Ford’s Fantasyland

Ford, the automobile manufacturer who is considered a founder of U.S. industrial mass-production methods, hatched his plan for Fordlândia in a bid to produce his own source of the rubber needed for making tires and car parts like valves, hoses and gaskets.

"Deep in Brazil’s Amazon, Exploring the Ruins of Ford’s Fantasyland" is from the February 20, 2017 World section of The New York Times. It was written by Simon Romero and narrated by Kristi Burns.