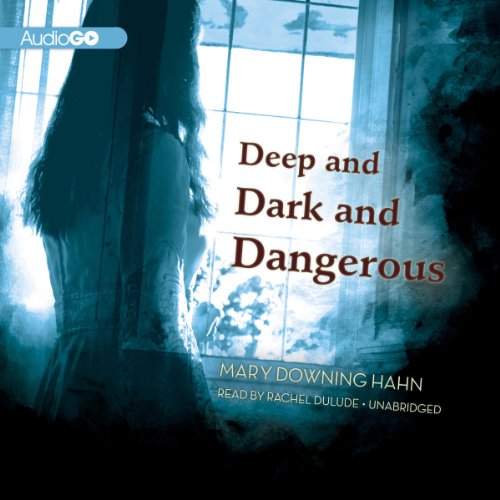 Just before summer begins, 13-year-old Ali finds an old photograph. She recognizes the two children in it; one’s her mother, the other her aunt Dulcie - but who is the third person, the one who’s been torn out of the picture? Ali will have two months to figure it out, since she’s spending the summer with her aunt and her cousin in the same house her mom and aunt used to visit when they were kids.

Then Ali meets Sissy. Sissy is mean, spiteful, and determined to ruin Ali’s summer. Sissy also has a secret. Could it have something to do with the old photo? Ali is dying to find out - though, if she’s not careful, that may be exactly what happens to her.

©2007 Mary Downing Hahn (P)2013 AudioGO
“Hahn weaves into the story some classic mystery elements such as a torn photograph, a waterlogged doll, dense fog, and an empty grave, all of which add to the suspense and keep the well-plotted story moving along to a satisfying conclusion.” ( School Library Journal)
“Hahn offers another eerie, suspenseful ghost story filled with family secrets…the emotional weight of family dynamics and the private burdens of adults might have overwhelmed the ghost story, but Hahn maintains the momentum with scenes that will chill readers as surely as a plunge in cold water.” ( Booklist)
“Signature spooky Hahn sends appropriate shivers up the reader’s spine.” ( Kirkus Reviews)

Where does Deep and Dark and Dangerous rank among all the audiobooks you’ve listened to so far?

In the upper 30% - and I have listened to hundreds of audio books.

What was one of the most memorable moments of Deep and Dark and Dangerous?

The canoe ride into the lake.

Have you listened to any of Rachel Dulude’s other performances before? How does this one compare?

This is the first of Rachel Dulude's performances I've listened to.
I had to admit it, but I typically dislike listening to female narrators. Rachel Dulude did a very good job with this book and it was a pleasant experience.

One of the best books

I was looking for a scary book and when I saw the words Deep, Dark, and Dangerous I already loved the book. It was worth the one credit. I recommend this book to anybody that loves books with twists.

Good Book even for an Adult

As an adult I wish I would have read this as a tween. It was a good story line and I enjoyed it.

Great ghost story for all ages

Wonderful job on the narration. Got this one for my 4th grade daughter who was reading the book in school. We ended up listening to the whole thing before the class had read through half of it. My daughter is now harboring book spoilers, but keeping them secret from her class surprisingly well! I enjoyed the listen as much as my daughter did, and we’ll most likely read or listen to another by this author.

Spooky even for an adult

I absolutely loved it. I was spooky and sad. I even cried at the ending.

I've been looking for this book since middle school, I'm 22 now ! I thank you so very much

I read this book several times when I was younger, it was really nostalgic to listen to it! I would say it’s more for younger people 10-15, but it’s still entertaining to listen to when I’m older!

My teacher read it to me in 4th grade. My favorite book ever since. !! Amazing book.

While the story was predictable, the characters were entertaining. Had a classic ghost tale feeling.