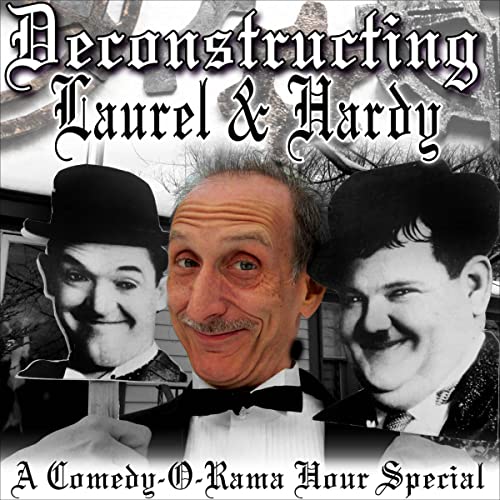 This comedy hour combines audio from classic Laurel and Hardy movie clips with a new radio theater production in which "the boys" open a fix-it shop and recall their past failures as they handle a barrage of wacky customers.

In the new moments, full of funny sound effects and music, Joe Bev voices not only Stan and Ollie but James Finlayson, Billy Bletcher, Edgar Kennedy, and other characters, including a dog. All of the female roles, including Mae Busch, are voiced by Lorie Kellogg.

Along the way listeners are treated to hilarious moments from Hal Roach's classic Laurel and Hardy sound films. Among the highlights of the special is when Bev intercuts a scene from the English film Blotto with the Spanish version, La vida nocturna, one of the films in which Laurel and Hardy spoke phonetically.

The duo was one of the most popular and critically acclaimed comedy double acts of the early Classical Hollywood era of American cinema. Composed of thin Englishman Stan Laurel and large American Oliver Hardy, they became well known during the late 1920s for their slapstick comedy, with Laurel playing the clumsy and childlike friend of the pompous Hardy. They made over one hundred films together, initially two-reelers (short films) before expanding into feature-length works in the 1930s. Their films include Sons of the Desert, the Academy Award - winning short film The Music Box, Babes in Toyland, and Way out West. Hardy's catchphrase, "Well, here's another nice mess you've gotten me into!" is still widely recognized.