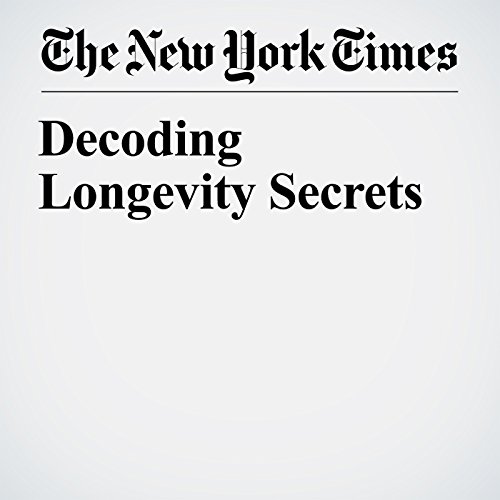 As one of the exceedingly rare members of her species to live beyond age 110, Goldie Michelson had divulged her secrets to longevity countless times before dying last year at 113. “Morning walks and chocolate,” the Gloucester, Massachusetts, resident and onetime oldest living American told the steady stream of inquisitors that marked her final years.

"Decoding Longevity Secrets" is from the November 13, 2017 Science section of The New York Times. It was written by Amy Harmon and narrated by Kristi Burns.