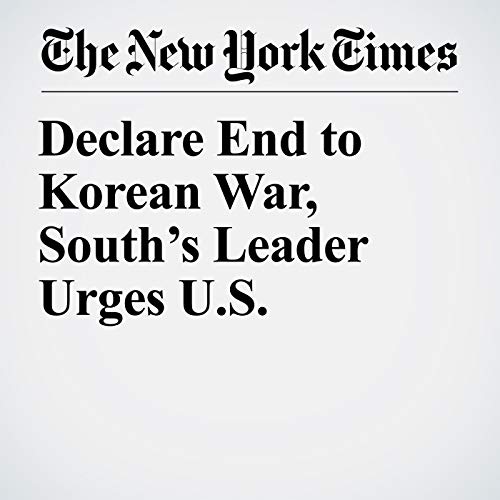 SEOUL, South Korea — President Moon Jae-in of South Korea urged the United States on Thursday to declare an end to the Korean War as an incentive for North Korea to denuclearize, a call that could put the Trump administration in a bind as it tries to revive stalled talks with Kim Jong Un, the North’s leader.

"Declare End to Korean War, South’s Leader Urges U.S." is from the September 20, 2018 U.S. section of The New York Times. It was written by Choe Sang Hun and narrated by Fleet Cooper.