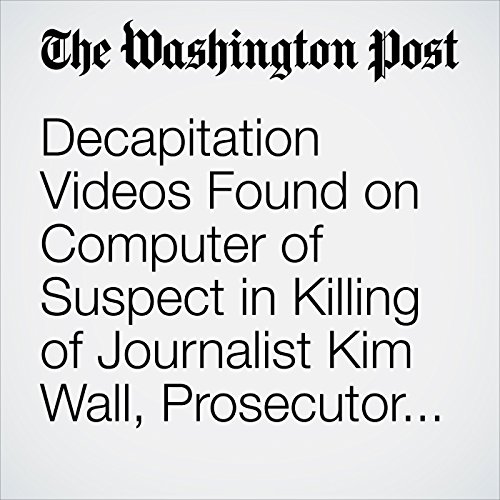 Nearly six weeks after the headless torso of journalist Kim Wall was found in waters off Copenhagen, authorities said they found video footage of women being tortured and decapitated on a computer hard drive reportedly belonging to the suspect in the case, according to BBC News.

"Decapitation Videos Found on Computer of Suspect in Killing of Journalist Kim Wall, Prosecutor Says" is from the October 04, 2017 World section of The Washington Post. It was written by Susan Hogan and narrated by Sam Scholl.