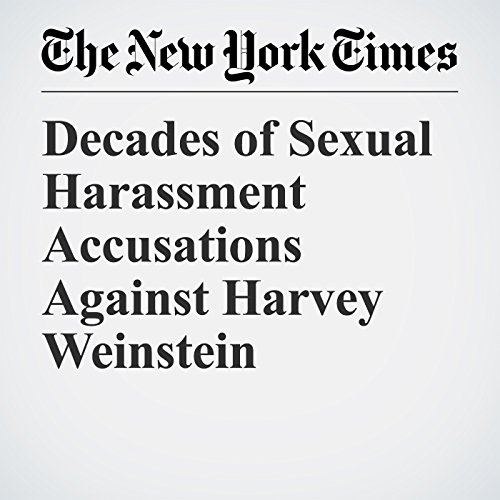 Two decades ago, Hollywood producer Harvey Weinstein invited Ashley Judd to the Peninsula Beverly Hills hotel for what the young actress expected to be a business breakfast meeting. Instead, he had her sent up to his room, where he appeared in a bathrobe and asked if he could give her a massage or she could watch him shower, she recalled in an interview.

"Decades of Sexual Harassment Accusations Against Harvey Weinstein" is from the October 05, 2017 U.S. section of The New York Times. It was written by Jodi Kantor and Megan Twohey and narrated by Mike DelGaudio.