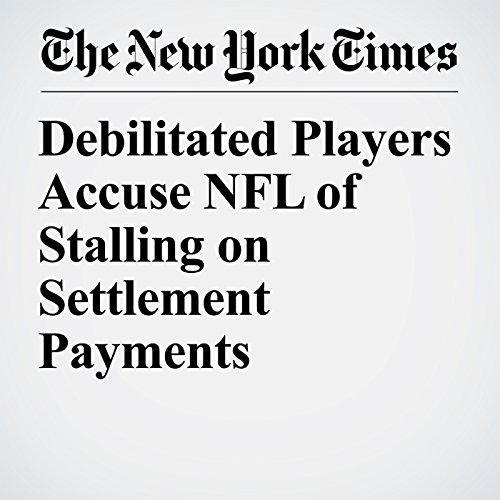 The families of debilitated former NFL players say the league is obstructing their access to an estimated $1 billion settlement over concussions by reflexively rejecting valid claims and bogging down the process with unreasonable demands.

"Debilitated Players Accuse NFL of Stalling on Settlement Payments" is from the November 13, 2017 Sports section of The New York Times. It was written by Ken Belson and narrated by Archie Montgomery.