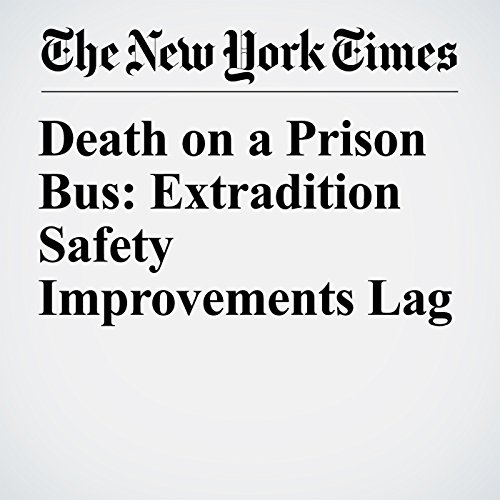 More than 20 prisoners were shackled and packed tightly on a privately operated bus as it zigzagged from Wisconsin to Georgia this month. The men and women were being extradited to faraway jurisdictions where they had open arrest warrants or pending criminal cases, and some had been traveling for more than 10 days as the bus picked up and dropped off prisoners.

"Death on a Prison Bus: Extradition Safety Improvements Lag" is from the March 22, 2017 U.S. section of The New York Times. It was written by Eli Hager and Alysia Santo and narrated by Keith Sellon-Wright.