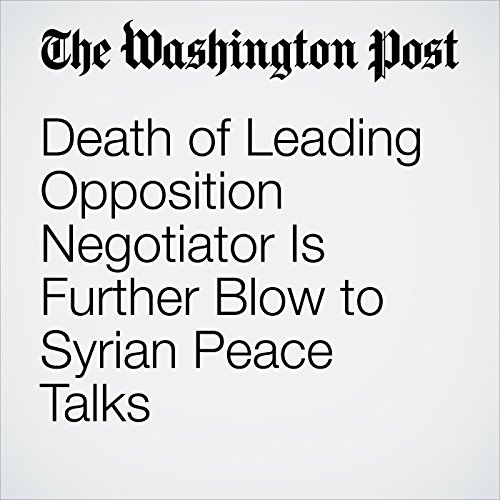 The death of a leading Syrian opposition figure who was wounded in a hit-and-run outside his Damascus home has left his allies shaken and appears to have poisoned an already fractious peace process.

"Death of Leading Opposition Negotiator Is Further Blow to Syrian Peace Talks" is from the January 14, 2018 World section of The Washington Post. It was written by Louisa Loveluck and narrated by Sam Scholl.