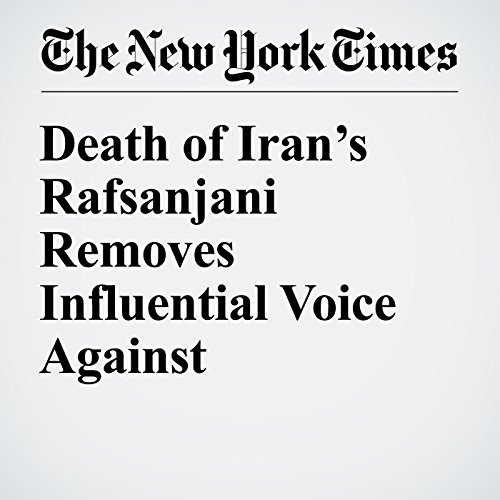 Rafsanjani, a former president who helped found the Islamic republic, had been the one man too large to be sidelined by conservative hard-liners. Now he was suddenly gone, dead from what state media described as cardiac arrest — and with no one influential enough to fill his shoes.

"Death of Iran’s Rafsanjani Removes Influential Voice Against Hard-liners" is from the January 08, 2017 World section of The New York Times. It was written by Thomas Erdbrink and narrated by Caroline Miller.