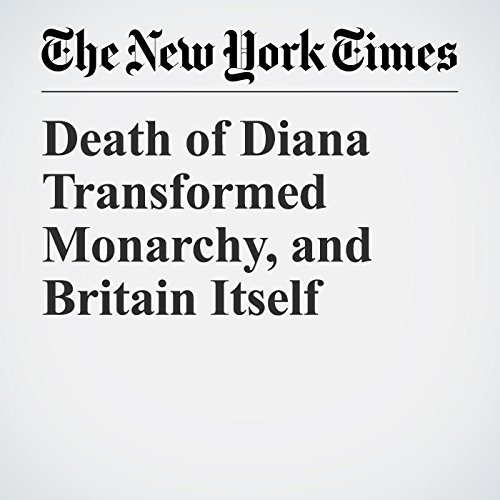 After the death of Diana, Princess of Wales, 20 years ago, London felt like a city on the verge of a revolution. Suddenly everything was up for grabs, even the monarchy itself. For a few crazy weeks, this most enduring of institutions looked as if it might actually implode under the weight of so much emotion.

"Death of Diana Transformed Monarchy, and Britain Itself" is from the August 30, 2017 World section of The New York Times. It was written by Sarah Lyall and narrated by Keith Sellon-Wright.