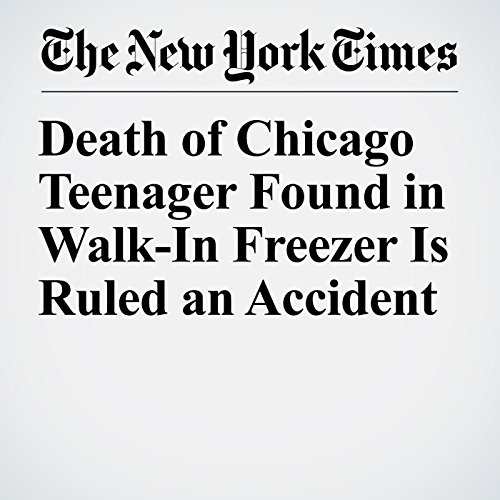 The death of a Chicago teenager, whose body was discovered last month in the walk-in freezer of a hotel, has been ruled an accident by the Cook County Medical Examiner’s Office in Illinois.

"Death of Chicago Teenager Found in Walk-In Freezer Is Ruled an Accident" is from the October 08, 2017 U.S. section of The New York Times. It was written by Christina Caron and narrated by Keith Sellon-Wright.