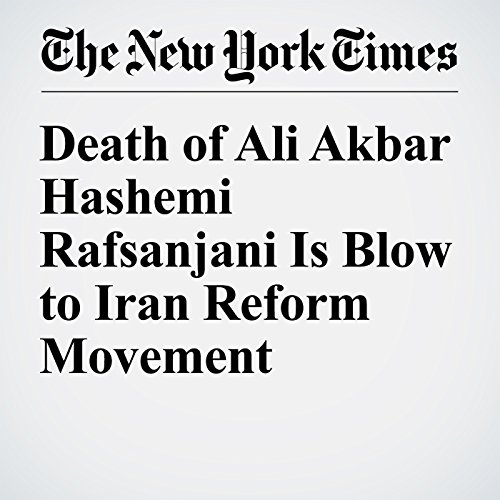 Rafsanjani had a long career as a revolutionary, but was also suspected of accumulating great wealth and influence in the process. He was one of the leaders of the 1979 Islamic revolution, an aide to the founder of the Islamic republic, Ayatollah Ruhollah Khomeini. He also played an kingmaker role in picking the successor to the role of supreme leader, Ayatollah Ali Khamenei, the current head of Iran.

"Death of Ali Akbar Hashemi Rafsanjani Is Blow to Iran Reform Movement" is from the January 08, 2017 World section of The New York Times. It was written by Thomas Erdbrink and narrated by Fleet Cooper.