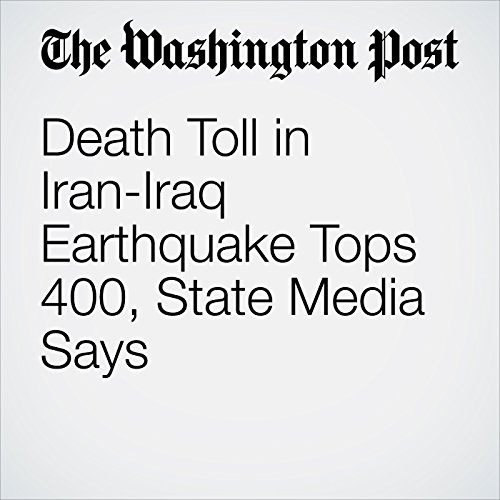 The death toll in a powerful earthquake that jolted the Iran-Iraq border on Sunday night has risen to more than 400, according to Iranian state media reports, and was expected to climb further.

"Death Toll in Iran-Iraq Earthquake Tops 400, State Media Says" is from the November 13, 2017 World section of The Washington Post. It was written by Erin Cunningham and narrated by Sam Scholl.