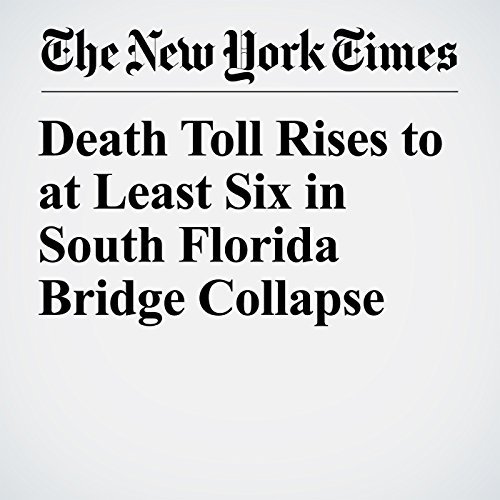 MIAMI — The death toll was raised to six Friday from the collapse a day earlier of a pedestrian walkway in South Florida over a busy thoroughfare.

"Death Toll Rises to at Least Six in South Florida Bridge Collapse" is from the March 16, 2018 U.S. section of The New York Times. It was written by Patricia Mazzei, Jonah Engel Bromwich and narrated by Fleet Cooper.