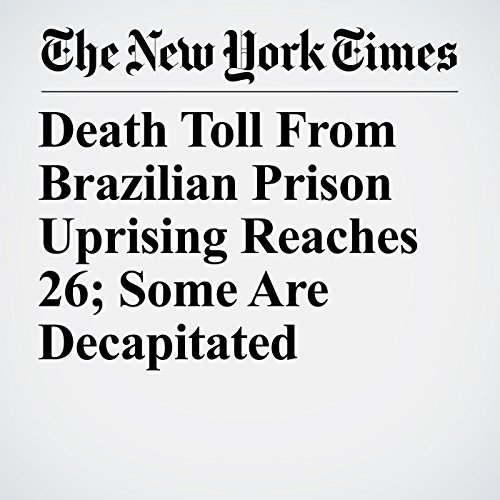 The death toll from a riot in a penitentiary in northeastern Brazil rose on Sunday to 26 prisoners, increasing the number of prison killings in the country this year to more than 120.

"Death Toll From Brazilian Prison Uprising Reaches 26; Some Are Decapitated" is from the January 15, 2017 World section of The New York Times. It was written by Dom Phillips and narrated by Kristi Burns.