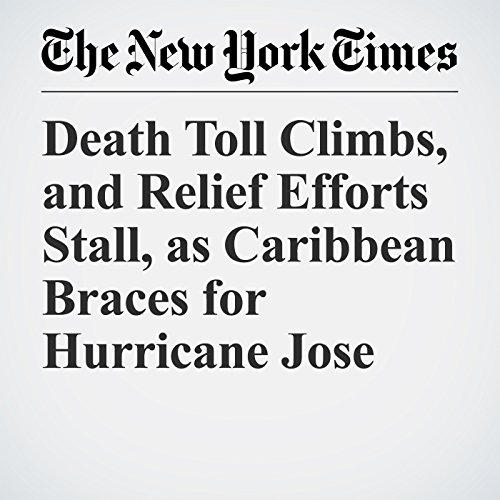 As communications started to be restored to the storm-ravaged islands of the Caribbean, five deaths were reported from the British Virgin Islands, raising the toll across the Caribbean to 25 people as the islands braced for yet another storm that was set to strike Saturday.

"Death Toll Climbs, and Relief Efforts Stall, as Caribbean Braces for Hurricane Jose" is from the September 09, 2017 World section of The New York Times. It was written by Azam Ahmed and narrated by Kristi Burns.