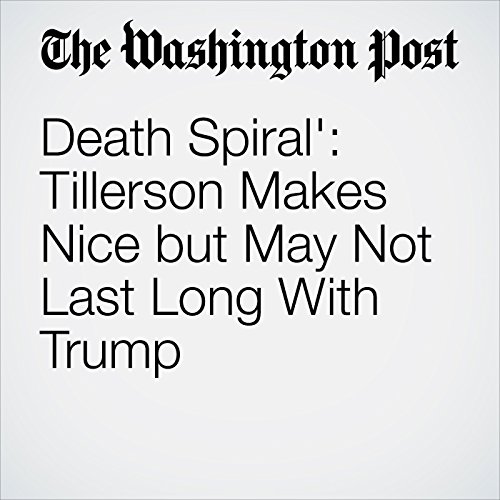 The moment was as remarkable as it was unprecedented: A sitting U.S. secretary of state took to the microphone to pledge his fealty to the president — despite his well-documented unhappiness in the job and the growing presumption in Washington that he is a short-timer.

"Death Spiral': Tillerson Makes Nice but May Not Last Long With Trump" is from the October 04, 2017 Politics section of The Washington Post. It was written by Anne Gearan, Philip Rucker and Ashley Parker and narrated by Sam Scholl.